[FDG]Sundae wrote:Congratulations, Kril! Our teams once again have all of... oh... two degrees separating them from being functionally identical.

Tevez for the big score today, now that you've kicked him to the curb!

I'd argue the point, but you're in first right now so it would ring kind of hollow. I'll save it for when I'm back in first on Week 18.

Ugh, what an horrific week...
Have you blamed Kril lately?
Top

I would agree if I hadn't captained Suarez. 40 points - BAM!

That's the way to do it — if you're going to have a big week, do it when everyone else is sucking canal water — massively better...

With his newly pinned-back ears finally settling into place, is it time to jump on the…
Gareth BALEwagon?! 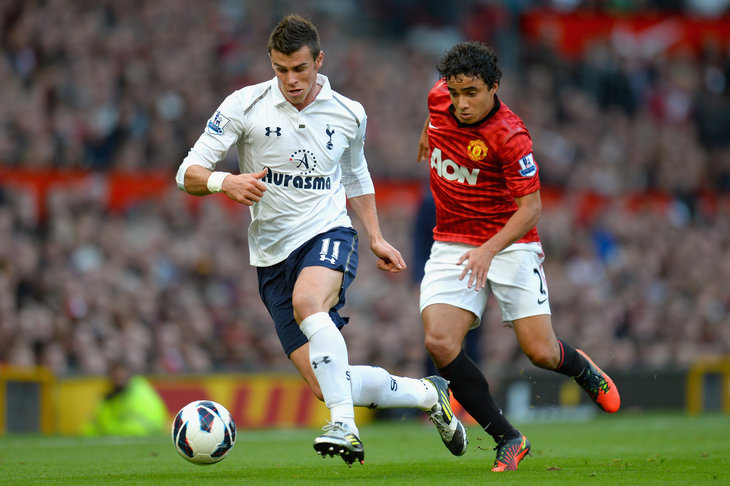 Huge win for Spurs at Man U! Congratz to Tottenham for getting the 23-year Old Trafford monkey off their backs.

The best thing, though? Lord Ferg actually complaining about the lack of "Fergie Time"!

Lord Ferg wrote:“They gave us four minutes, that's an insult to the game. It denies you a proper chance to win a football match...” ALERT: Several of Luis Suarez' shots did NOT fly into the stands or hit the woodwork... what is up with that?
A one-off, or are you on board the Luis crazy train? Discuss.
Paranoid's had him all season, and three goals and an assist is nothing to sneeze at.
But didn't Suarez post a hat-trick at Carrow Road last year as well? Then do lots of nothing. Hmm.
______

Boo, never rely on QPR or West Ham — it will only end in tears.

At least our teams are getting valuable in a hurry this year? Right guys?

Fernando Torres is King of Football this week.

Do you know how I can tell? Because he's not on my squad.

I will miss all the games this weekend, sadly, as I will be stuck on the road for a 20 hour drive. Fun fun.

Decent week so far! 33 with four plus my Captain still to go. Not that I would have... but I probably should have captained Ivanovic.

Transferred Caulker in, and he proceeded to save my game week. That's some gratitude.

Sadly, Suarez couldn't hit a cow's arse with a banjo this week.

Have you blamed Kril lately?
Top

Yeah, Torres is giving me doe eyes from his spot on my watch list. ...and I'm kinda batting my lashes back at him, now.
So, HEY RvP! Better produce the goods soon, son, or get called into the gaffer's office for an unpleasant talk!

@ Nihilist: Well done with Caulker — I saw that live and was sure they'd leave it as Defoe's goal. Wow, nice present.

Fellaini! Hit the bricks, you useless, card-hungry, Belgian hairdo!
BARFA! What have you done for me lately? ... what's that? Nothing, you say?
Well, are you at least trying hard? ... No?
:: kicked to the curb ::

Soon ALL movies will just be Liam Neeson yelling into a phone.
Top
Post Reply
2138 posts

Users browsing this forum: No registered users and 5 guests